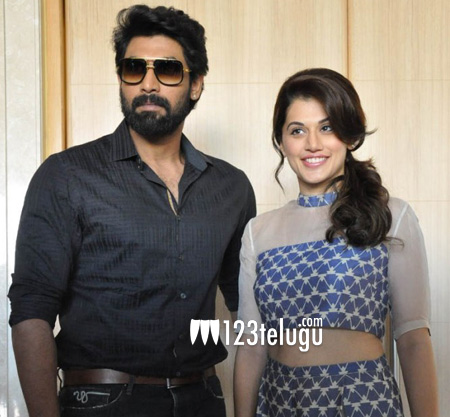 Touted to be India’s first submarine warfare film, Rana Daggubati’s upcoming film Ghazi has been creating a lot of buzz ever since it first made headlines. The film narrates the story of the mysterious sinking of PNS Ghazi submarine during the Indo-Pak war in 1971. Debutant Sankalp Reddy is the film’s director and PVP Cinema is producing it in Telugu, Tamil and Hindi languages.

In the past, there were reports that Samantha will be essaying the female lead in Ghazi. However, latest reports reveal that Taapsee has been roped in to play Rana’s love interest. Apparently, Taapsee’s character will have a lot of scope for performance. Taapsee, who has been looking for meaningful roles in Telugu films, reportedly loved the quirky character and gave her nod to the film’s unit.

The makers are planning to release the film in summer next year. Keep watching this space for more updates regarding this film.