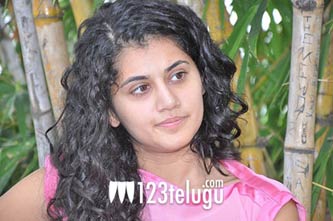 Actress Tapsee has not signed any new films in Telugu and she has been living in Mumbai for the last few months. Rumours started circulating about her shift away from the Telugu Film Industry and they seems to have reached Tapsee as well.

In a byte given to the Times of India today, Tapsee has denied any shift away from the Telugu Industry. She says that she does not want to “dilute the success of films like Sahasam and Arrambham by accepting anything and everything”.

The actress will be seen in Lawrence’s ‘Muni 3’ this year. She also has a Bollywood film and a Tamil film this year.