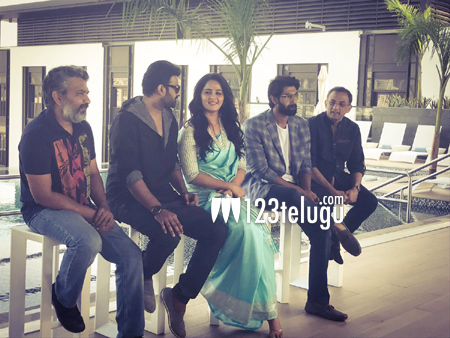 Team Baahubali has bagged the prestigious ‘Indian Of The Year’, organised by CNN-IBN TV channel, in a glittering ceremony held on Thursday that saw the likes of Virat Kohli, Kapil Dev, industrialists, politicians and several film stars from all over the country.

This year, the jury voted for the whole team of Baahubali for the ‘Indian Of The Year’ in the entertainment category for turning Rajamouli’s dream into one of India’s biggest blockbuster ever. Incidentally, Rajamouli had won the same award in 2015 for his work in Baahubali; however, this year, the whole team of the film has been honoured with this award.

Directed by Rajamouli, the film had Prabhas, Anushka, Rana, and Tamannaah in lead roles, along with Ramya Krishna, Sathyaraj, and Nasser. Shobu Yarlagadda and Prasad Devineni had produced the film.