Team Chalo super confident about their project
Published on Feb 1, 2018 11:12 am IST 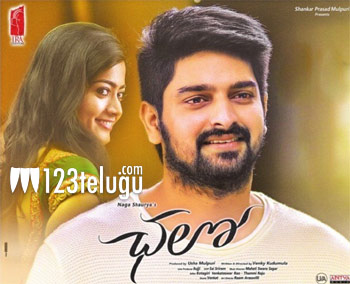 The buzz for Chalo picked up supremely well after Chiranjeevi attended the pre-release event of the film. The audio has caught on quite well and the team is super confident about the film.

In this process, the team is holding a special preview for the press tonight in Hyderabad. Naga Shourya’s home banner has produced this film which has Rashmika as the female lead.

Touted to be a complete hilarious love story, this film has music by Sagar Mahati.