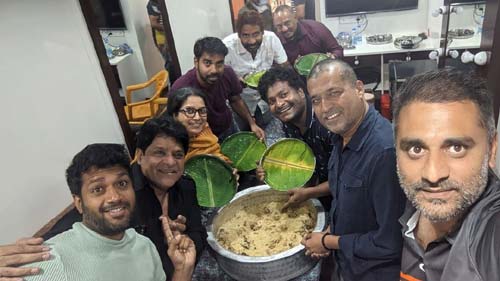 It is a known fact that the shooting of F3 is going on in full swing in Hyderabad for the last few days. Some noted comedians have joined the shoot and today, the team has indulged in a special lunch session.

Anil Ravipudi loves his biryani’s and has ordered the same for the team as well. Seen here in the picture is the whole team feasting on some Hyderabadi Biryani. Also, seen in the picture are comedians Ali and Satya.