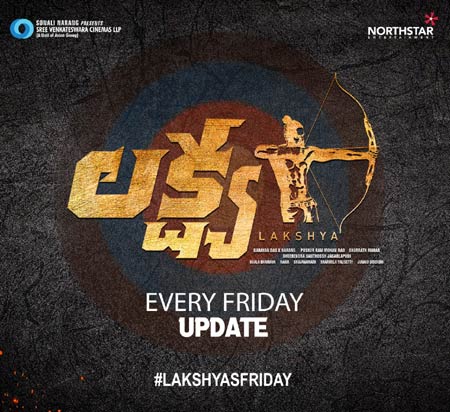 It is a known fact that Naga Shourya is shooting for his new film Lakshya. The makers were filming the climax in a specially erected set in Hyderabad. The shooting of the film is almost done and the post-production is in full swing.

Now, the time has come for the film’s promotions to begin and the producers have chosen a special way. One update about the film will come out every Friday until the release. The hashtag #LAKSHYASFRIDAY will be promoted on social media.