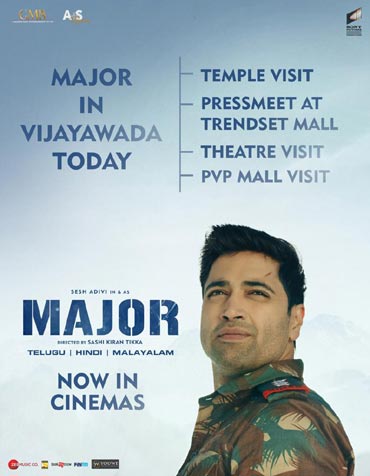 Talented actor Adivi Sesh’s recent release Major has been doing well at the ticket windows everywhere. Directed by Sashi Kiran Tikka, the movie has Saiee Manjrekar as the leading lady.

As the movie became a grand success, the team has planned to meet audiences in Vijayawada. The team will go to the famous Kanaka Durga temple first and will hold a press meet at Trendset Mall. Later, they will meet the audience at PVP Mall and another theater.