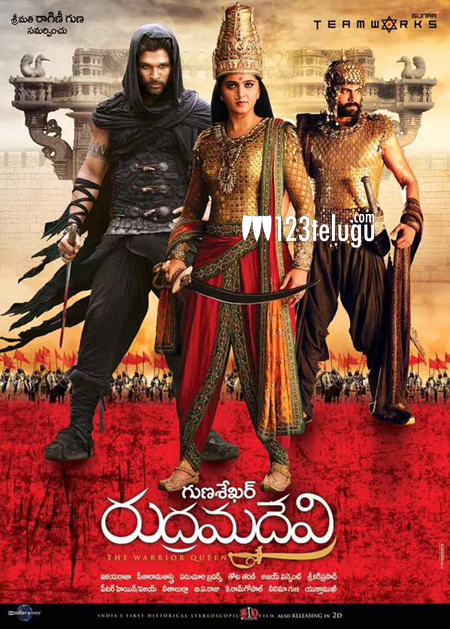 Yesterday, there were several rumors that Gunasekhar’s much awaited historical drama, Rudramadevi, has been indefinitely postponed to November or December. The reason behind this rumor was PVP Cinema’s announcement of Anushka’s yet another film, Size Zero, release date as 9th October, on which Rudramadevi was also scheduled for a release.

Produced and directed by Gunasekhar, Rudramadevi is touted to be India’s first ever 3D historical film.