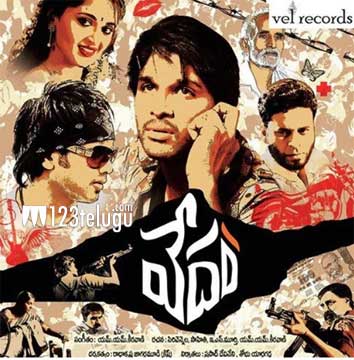 Today marks the 10th anniversary of the critically acclaimed film Vedam that was directed by Krish. Right from Allu Arjun to Krish everyone remembered the film on social media and thanked each of their team members.

But things got quite interesting when the entire team got in touch through a video call and the image of which has gone viral in the social media now.

Seen here in the above picture is Allu Arjun, Anushka, Manchu Manoj, Keeravani, Krish, and the producers and the film’s producers. Vedam was an anthology film whose stories were connected at the end. It won rave reviews from all the critics during its release.

Interacting with Vedam Team After a Decade again . The love and warmth is still the same #DecadeofVedam pic.twitter.com/sFQqPvCxP6