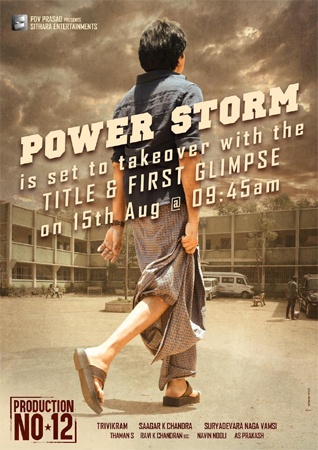 Earlier today, we had revealed that the makers of the Pawan-Rana film will make a solid announcement later in the day. The announcement is here and has made fans happy.

Now, the news is that the title and the first glimpse of the film will be out on the 15th of this month at 9 45 am. This is a special announcement and we need to see what title will be announced.

Everyone thought that the film’s release date will be announced and we need to see if this glimpse will have the release date or not. Sagar Chadraa directs this film which is being produced by Sithara Entertainments.