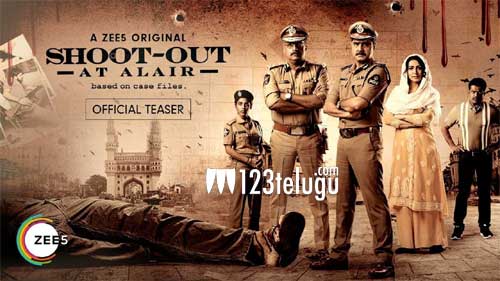 It’s well known that Megastar Chiranjeevi’s elder daughter Sushmita Konidela is making her debut as a producer with a web-series. Titled Shoot Out At Alair, the series is being directed by Oy fame Anand Ranga.

The makers released the teaser for Shoot Out At Alair this evening. While the intense and action-packed teaser doesn’t reveal much, it manages to raise curiosity with its thrill factor. The series is based on true case files of a famous encounter that took place in Alair a few years ago.

Shoot Out At Alair features Srikanth, Prakash Raj, Nandini Rai and others in lead roles. The series will be streamed on Zee5 from December last week as a Christmas treat.

Watch Shoot Out At Alair Teaser