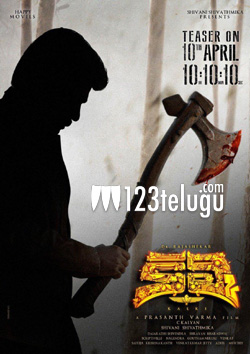 The teaser for senior hero Rajashekar’s ongoing period investigative thriller, Kalki, will be released tomorrow (April 10) at 10:10 AM. Kalki is the 10th avatar of God, and it’s reference in the movie will be something to watch out for. The film’s stylish mini teaser was launched on Rajashekar’s birthday a couple of months ago and it received a decent response.

Kalki is set in the 1980s. A major portion of the film’s story takes place in Telangana. Awe fame Prasanth Varma is directing the movie. Adah Sharma, Nanditha Swetha and Scarlett Mellish Wilson are the film’s leading ladies. C Kalyan is producing the film. Rajashekar’s daughters Shivani and Shivathmika are presenting the film.