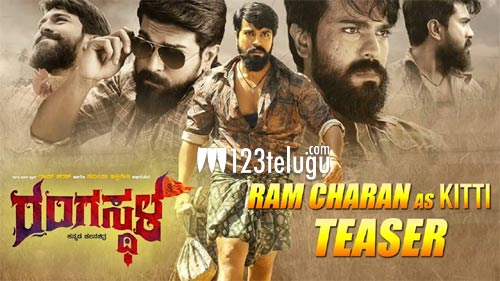 Rangasthala’s teaser was unveiled earlier today. Ram Charan turns Kitti in the Kannada version. Rangasthalam will be setting the record for being the first modern Telugu film to be dubbed in Kannada, after the Kannada Film Chamber’s decades long ban on other language movies dubbed in Kannada was lifted last year.

Mythri Movie Makers, the banner that bankrolled Rangasthalam, will release the Kannada version in association with JM Movies. Samantha is the leading lady.