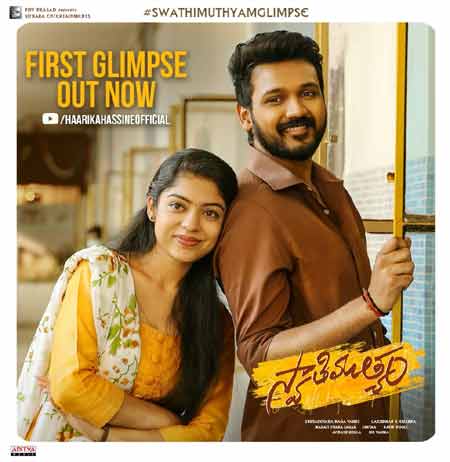 It is a known fact that Bellamkond Ganesh, the youngest son of producer Bellamkonda Suresh started his first film which hit a roadblock and was stopped.

So, not losing hope, Bellamkonda Ganesh has moved forward to his second film now. A new director named Lakshman is helming this film.

The makers have now released the first look teaser of the film. Bellamkonda Ganesh is seen as this man who is set in an alliance with Varsha Bollama. Their chemistry looks good and Rao Ramesh’s role is also fun.

Bellamkonda Ganesh’s screen presence is good and suits the simple boy next door character. The family drama set up and the heroine asking “Are you a virgin to Ganesh looks interesting”.

The shooting is halfway through. Mahati Swara Sagar is composing the music. Soorya Devara Naga Vamsi is producing this film.