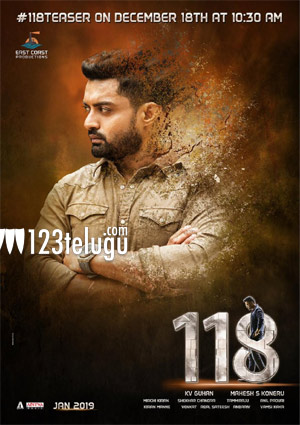 Now that the shooting of Kalyan Ram’s new film, 118 is nearing its end, we are getting interesting updates from the team. The latest we hear is that the teaser of the film will be out tomorrow.

K Guhan is directing this film which is being produced by Mahesh S Koneru. Nivetha Thomas and Shalini Pandey play female leads in this film.

The film is a complete thriller and is based on a murder mystery. More details of the film will be revealed soon.