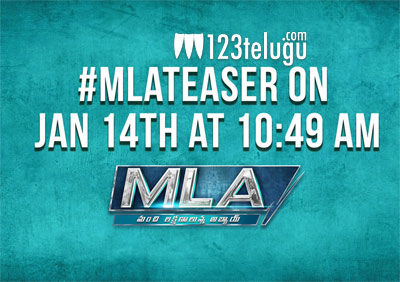 It’s well-known that Nandamuri Kalyanram and star heroine Kajal Aggarwal are joining hands once again after their 2007 film, Lakshmi Kalyanam. Titled Manchi Lakshanalunna Abbayi (MLA), the film has Kalyanram playing a politician, while Kajal will be seen as the daughter of an NRI billionaire.

Now, the latest update is that MLA’s teaser will be released on January 14 at 10:49 am as a Sankranthi treat. MLA will be released during the upcoming summer season. The film’s shooting is nearing completion.

Debutant Upendra Madhav is directing MLA, while Bharat Chowdhary and Kiran Reddy are bankrolling it. Manisharma is the film’s music composer.