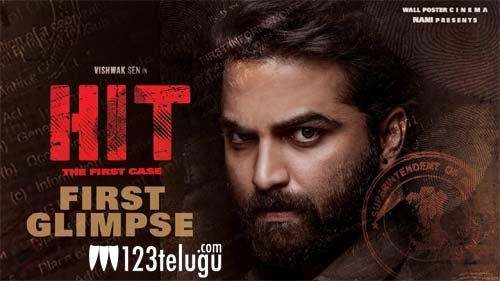 It is a known fact that Nani is producing a film with young hero Vishwak Sen and the movie has been titled HIT. The film’s teaser was out today as New year’s eve special.

The film is defined as the first case and Vishwak Sen is seen as a cop. He is looking for someone related to the crime of his close one probably played by Ruhani Sharma.

The BGM, rainy visuals and Vishwak Sen’s screen presence look quite effective in the teaser which raises a lot of curiosity. The film is directed by Sailesh Kolanu and will be out on the 28th of February. For now, the teaser looks interesting.