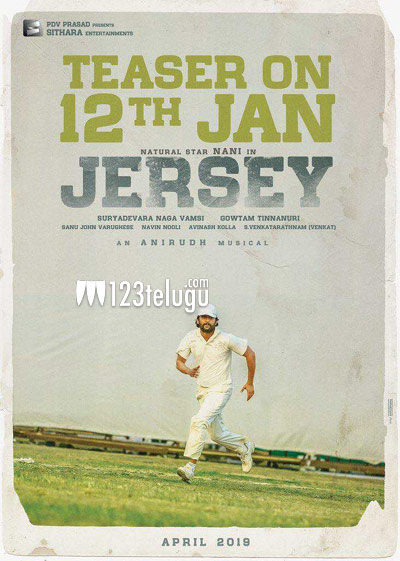 We all know that Nani is doing a film titled Jersey which is a sports-based drama. The latest we hear is that the makers have decided to release the teaser on the 12th of this month.

Nani will be seen as a cricketer named Arjun and Gautam Tinnanuri, who recently made the hit film Malli Raava is directing this film as well and there is a great expectation about this project.

Suryadevara Naga Vamsi produces this film which will be high on emotions and performance.