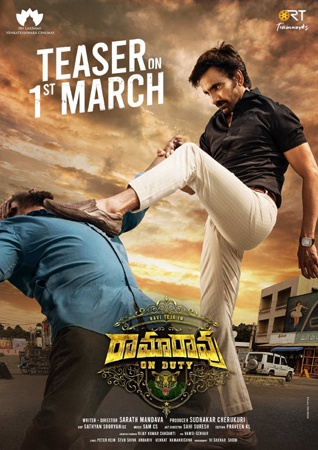 It is a known fact that Ravi Teja is doing a film called Rama Rao on Duty. The title and posters have created a good buzz for the film.

The latest update is that the teaser of the film will be out on the 1st of March in a special manner. Ravi Teja will be seen as a government employee in the film.

Produced by SLV Cinemas in association with RT Teamworks, this film has music by Tamil composer Sam CS. The movie is in the last leg of shooting and the makers will announce the release date soon.