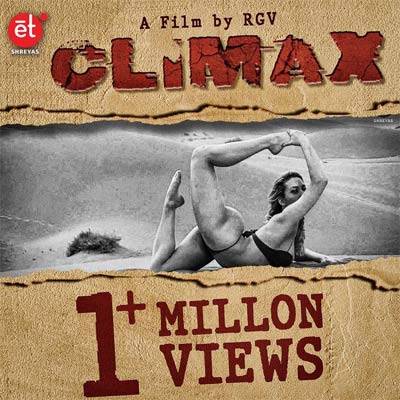 It is a known fact that RGV is directing a film called Climax with adult film star Mia Malkova. The teaser of the film was also released the other day and it went viral.

The talk now is that the teaser has clocked one million views on YouTube. This is something special as none of RGV films or teasers in recent times did not create this impact in such a short time.

The film is a full-on thriller and has been shot with updated technology. The release date will be announced soon.