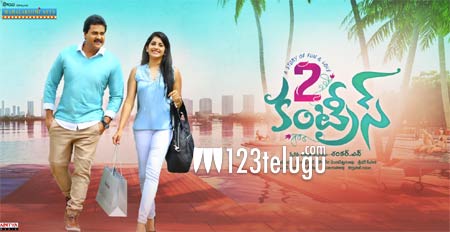 The first look poster of hero Sunil’s upcoming film, 2 Countries, has been unveiled this morning. In a refreshing change, the poster showcases Sunil in a classy avatar. The makers announced that the film’s teaser will be released on November 24.

2 Countries is an official remake of the hit Malayalam entertainer of the same title. Popular director N Shankar of Sri Ramulayya and Jai Bholo Telangana fame is directing the movie, apart from producing it. Manisha Raj is the film’s leading lady.

2 Countries was extensively shot in the USA. The movie will be hitting the screens in December. Mahalakshmi Arts banner is bankrolling the movie.