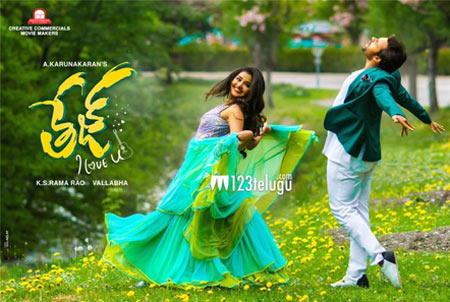 Sai Dharam Tej is acting in an out-and-out romantic drama for the first time in his career. Titled Tej, I Love You, the film is directed by Karunakaran and produced by senior filmmaker KS Ramarao. Anupama Parameswaran is the leading lady in the movie.

According to the latest update, Tej, I Love You’s audio album is going to be unveiled on June 9 at JRC Convention Center in Hyderabad. National Award winning composer Gopi Sundar has scored the music for the movie.

Tej, I Love You’s entire shooting formalities have been wrapped up and the post-production work is underway in full swing. The film is slated for release on June 29. Stay tuned for further updates.