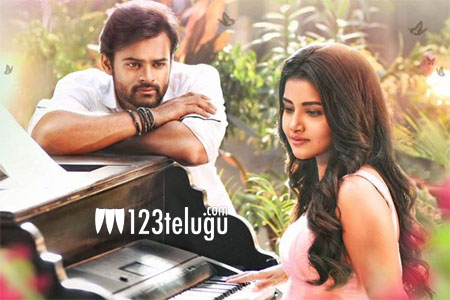 The promotional activities for Sai Dharam Tej’s ongoing film under Karunakaran’s direction, Tej, I Love You, began yesterday with the release of the film’s first look poster. The teaser will be out on May 1. The film is expected to hit the screens in June.

Tej, I Love You’s team will soon be heading to some picturesque locales in France to can a couple of songs. The entire shoot, including patchwork, will be wrapped up by May. Anupama Parameswaran is the film’s leading lady and senior filmmaker KS Ramarao is the producer. Gopi Sundar has scored the music for this aesthetic romantic drama.