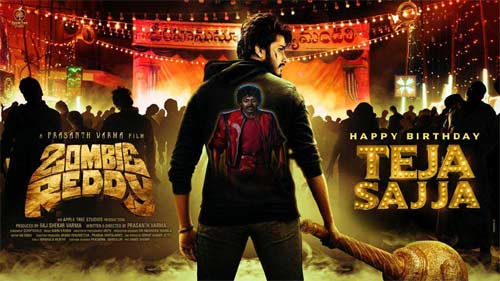 Awe and Kalki director Prashanth Varma is coming up with a zombie thriller, titled Zombie Reddy. The film’s first look was unveiled a week ago. And today, the makers announced that child artiste turned hero Teja Sajja is playing the male lead in Zombie Reddy.

The makers today released Teja’s first look from Zombie Reddy. The poster has Teja holding a mace and taking on the Zombies which are about to attack him. Megastar Chiranjeevi’s image on the back of Teja’s shirt raises curiosity. Kashmora Kougiliste song from Chiru’s yesteryear hit ‘Donga’ has been used in the background of the motion poster.