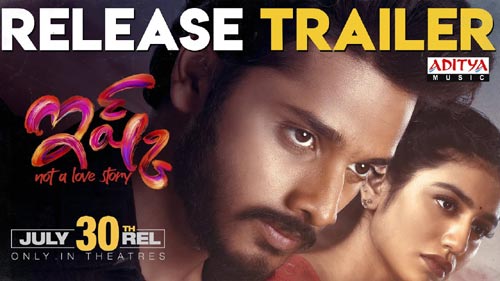 Teja Sajja is doing films with good subjects and his latest presentation is Ishq which is the remake of the Malayalam hit with the same name.

The makers released the trailer today and it looks interesting. Touted not to be a love story, this film is based on a freak incident that happens to a couple played by Teja and Priya Varrier.

The trailer showcases this in a good way and Teja Sajja is shown in a mature avatar taking his revenge. The film is a serious drama and the output depends on how Tej performs.

Will he do that or not only time will tell. Ishq is directed by SS Raju and will be out on the 30th of this month in theatres. RB Chowdary produces it.