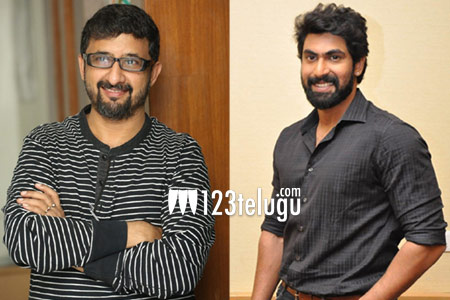 Maverick director, Teja is once again in the news and this time he is ready with one more hard-hitting drama that is most likely to feature Rana Daggubatti as the main lead.

The latest gossip reveals that the project will apparently be titled as Rakshasa Rajyamlo Ravanasurudu. The film is once again touted to be a political drama with Rana playing the lead.

The project is still in the initial stages and an official announcement is yet to be made in this regard. Meanwhile, Rana is busy shooting for his latest film Virata Parvam alongside Sai Pallavi.