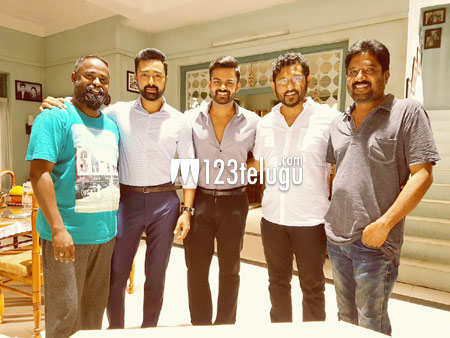 It is a known fact that Sai Dharam Tej is busy shooting for his new film in the direction of writer BVS Ravi. The latest news is that the first schedule of the film has been wrapped up in Hyderabad.

The entire cast including the main villain Prasanna also took part in this shoot. Mehreen is cast as the female lead in this film. S S Thaman scores the music. Titled Jawan, this film is touted to be a complete family drama.