It is a known fact that the Indian government has given permission to re-open the movie theatres across the country but not many states are daring enough to open the screens.

In places like AP, even though permissions were given, not many went ahead and watched the films. So, a number of screens were closed again disappointing many.

But even with all this, the Telangana government did not give permission to open. But now, things have changed as the theatres have been allowed to open with immediate effect.

But the theatre should only have a 50% occupancy as of now until the government further instructions. Masks are a must to the theatres and social distancing should also be allowed between the seats.

So, in the days to come, we need to see how which producer dares and announced the release dates of their films. 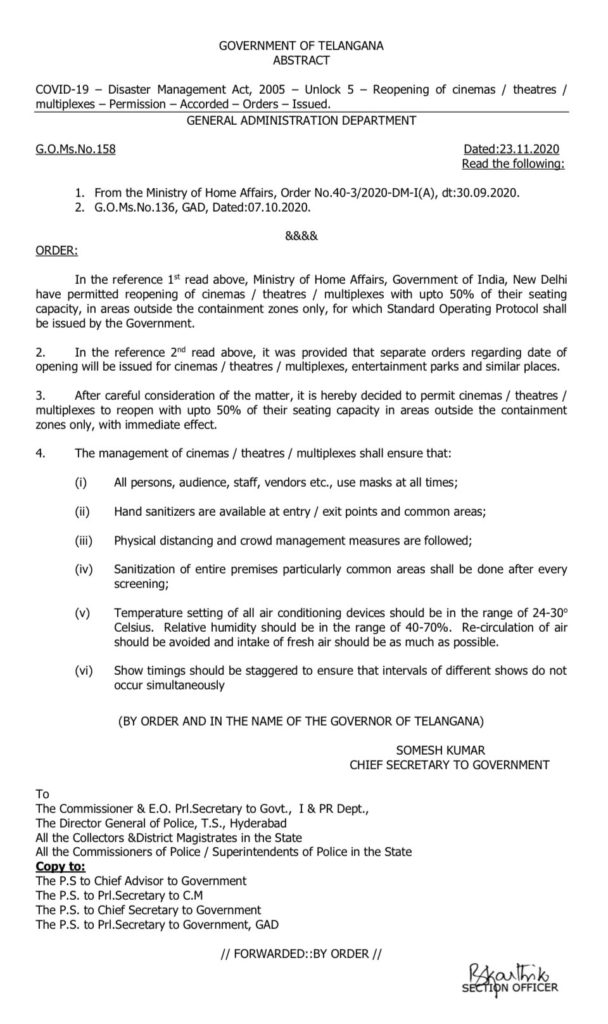