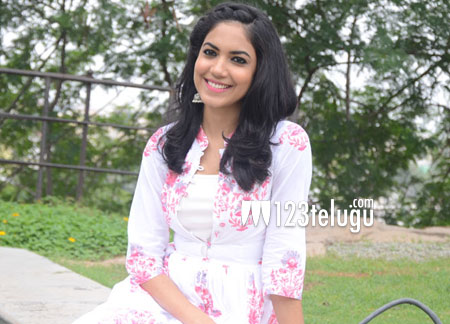 After making her silver screen debut with a small cameo in NTR’s Baadshah and eventually turning heroine with Prema Ishq Kaadhal around 3 years ago, Telugu beauty Ritu Varma was waiting for the right break which will boost up her career.

Ritu got the much needed boost in the form of the small wonder, Pelli Choopulu, and she has signed a handful of projects not only in Telugu but also in Tamil. Ritu is currently busy shooting for two Tamil films, Pirai Thaediya Naatkal and China.

Apparently, Ritu is learning Tamil to give authenticity to her performance. Besides these projects, Ritu is also shooting for Nikhil’s ongoing action thriller, Keshava, in Telugu.