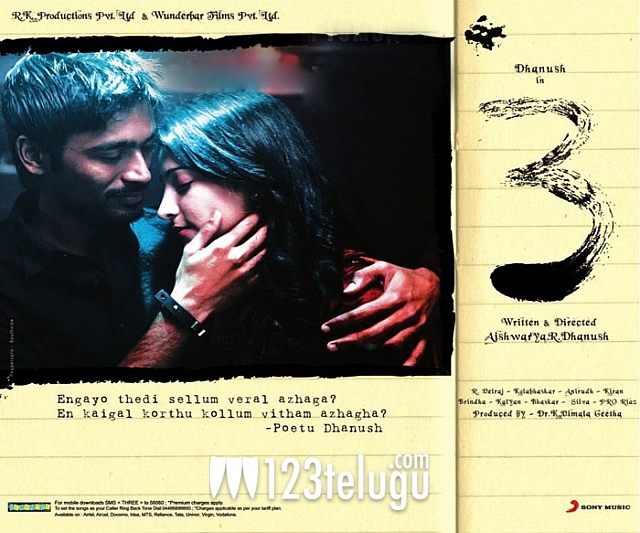 Dubbing work has started for the Telugu version of the film ‘3’. The movie has Dhanush and Shruti Haasan in the lead roles and Super Star Rajinikanth’s daughter Aishwarya is the director. The movie gained stunning popularity with the smash hit number ‘Kolaveri’. The film will be released in Telugu simultaneously along with the Tamil version and all dubbing activities are expected to be completed soon.

Music has been composed by Anirudh and this film marks Aishwarya’s debut as a director.