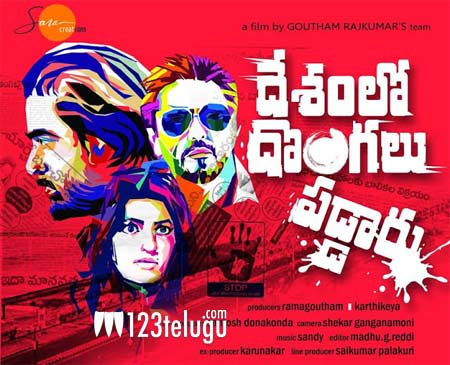 Once in a while, certain small films impress the audience in a big way. Deshamlo Dongalu Paddaru is one such film which is suddenly in the news these days.

Now, the latest we hear is that this film has been officially nominated for Black Bear International Film Festival in the US which is very rare for a Telugu film.

The film is directed by Goutham Raj Kumar and he says that his film will make a mark once it releases in India. The film features Khayyum, Tanishq Rajan, Shanee, Prithviraj, Sameer, and Lohith in crucial roles.

Sara Creations is the production house behind this film. Sandy composes the music and Sekhar handles the camerawork.