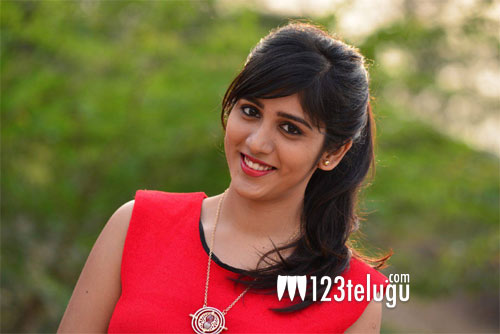 Slowly but steadily, Telugu girl, Chandni Chowdary is making her presence felt in Tollywood. After doing some not so happening films, Chandni has pinned all her hopes on her new film Manu.

The promotions of the film have caught on quite well and there is a decent buzz from this film which will release on September 7th. Chandni looks great in the trailers and sources reveal that performance wise too she has done a good job.

The success of this film will be a key for Chandni to bag more offers in Tollywood which is rare for Telugu girls. Let’s hope that Chandni gets her much needed hit with Manu which also has Brahmanandam’s son Gautam doing the main lead.