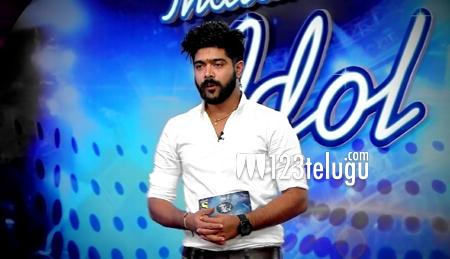 On this occasion, Revanth interacted with Telugu media in Hyderabad and urged everyone to vote for him via online voting system. The final round is scheduled to take place on April 2nd.

Revanth is popular among Telugu audiences with some of his hit numbers in movies such as Baahubali, Supreme and Om Namo Venkatesaya etc. Interested people can visit http://indianidol.sonyliv.com or install the Sony Live app to vote for Rohith.