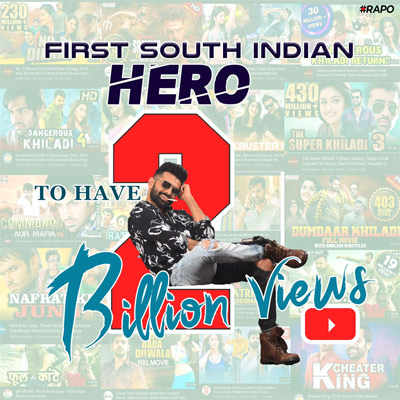 Telugu stars are now having a good market in Hindi. But before that so many Telugu hero films were getting solid views on Youtube.

One actor who has these maddening views is star hero Ram. Now, he becomes the only south Indian actor who has over 2 billion views on Youtube for his films.

All his Hindi dubbed films are watched by millions and create a sensation in the northern belt. Ram is now busy with his new film The Warrior.