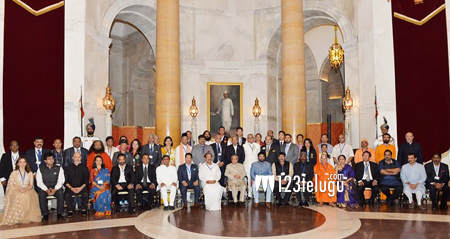 Addressing the guests, the president called for an immediate development of low-cost and effective infrastructure to improve sanitation and environmental standards in Indian villages, towns and cities.