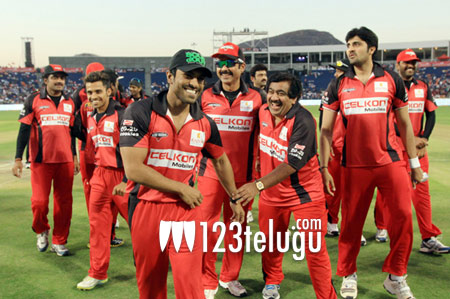 Ram Charan, Nikhil, Srikanth, Tharun are some of the other players in Telugu Warriors team. Charmee is the brand ambassador. On the other hand, Karnataka Bulldozers team is being headed by Sudeep.