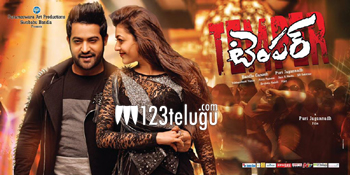 NTR’s latest action entertainer in Puri Jagannadh’s direction opened to superb collections all over. According to the latest reports, Temper has collected 9.7 crores in the Nizam area till date.

NTR’s emotional performance became talk of the town, and the film also crossed the 1 million mark in US. Kajal Aggarwal is paired opposite NTR and Bandla Ganesh is the producer.