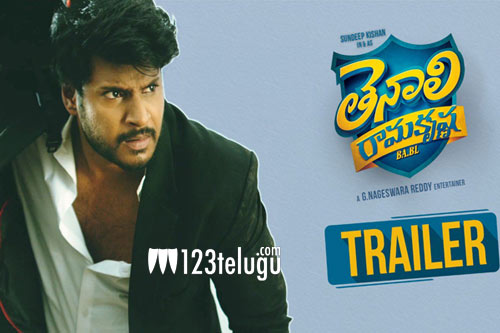 Sundeep Kishan is back to form with the success of his last film Ninu Veedani Needanu Nene. He is now ready with his new film Tenali Rama Krishna.

The trailer of the film is out today and by the first look of it, things look quite entertaining in the film. Sundeep Kishan plays a struggling lawyer and his character looks quite funny.

The presence of star comedians like Saptagiri and several others makes the trailer quite interesting. Hansika plays the female lead in this film which is directed by Nageswara Reddy.

The comedy punches, thrills, and oneliners work well in the trailer and give proof that the film is going to be a fun ride. For now, the trailer impresses and creates a good buzz for the film.