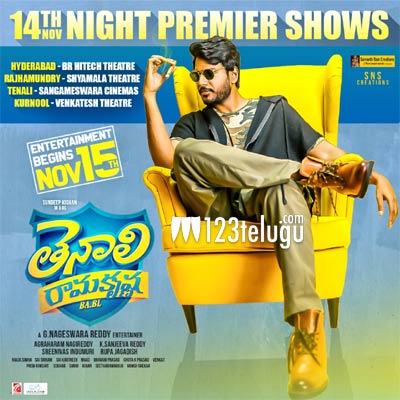 We recently reported that the film’s makers have arranged special premieres in Kurnool and Tenali, where the film was shot predominantly. In Kurnool, the premiere will be held at Venkatesh Theater on the night of 14th. And in Tenali, the film will be premiered at Sangameswara Theater on the same night.

Furthermore, the film will also be premiered in Hyderabad (BR Hitech Theater) and Rajahmundry (Shyamala Theater) on the 14th night. The film is produced by Naga Bhushan Reddy, Sanjeeva Reddy, Roopa Jagadeesh and Srinivas Indumuri.