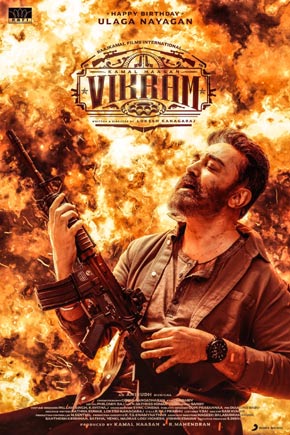 The makers of Kamal Haasan’s Vikram had recently announced that the theatrical release date of the film will be made official on the 14th of the month.

Here is an interesting update pertaining to the film’s release date. Apparently, May 26th has been locked as the release date for Vikram and the same will be made official on the 14th of this month.

Vikram is a heavy duty action drama directed by Lokesh Kanagaraj. The film has Kamala Haasan, Fahadh Faasil and Vijay Sethupathi in the lead roles. Kamal Haasan is producing the film. More details to follow.