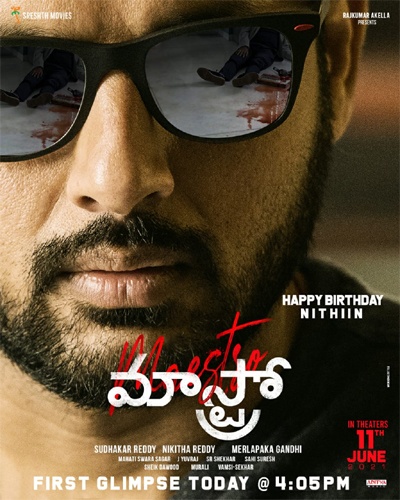 The makers of Nithiin’s upcoming outing, Maestro are said to have locked the digital premieres date. Reportedly, Maestro will be streaming on Disney+ Hotstar from the 15th of August.

An official announcement on Maestro’s digital release date will be made by Disney+ Hotstar in the next few weeks.

Reports suggest that Maestro will hit Disney+ Hotstar in under a month from now. It will be the second Telugu biggie to release on OTT after Narappa, which is streaming on Amazon Prime starting from 20th July.

Maestro features Nithiin, Nabha Natesh, and Tamannaah in the lead roles. The suspense thriller is a remake of Andhadhun and it is directed by Merlapaka Gandhi.