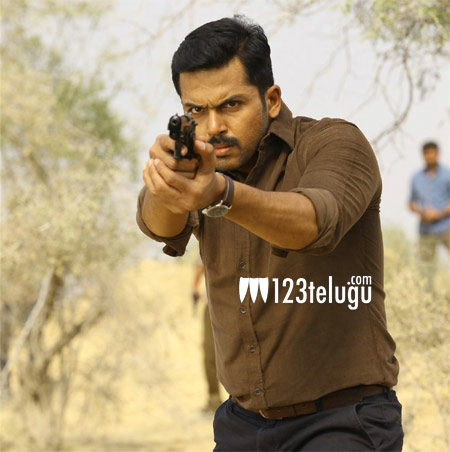 Karthi and Rakul-starrer action thriller, Khakee, opened to encouraging reviews on Friday and the positive word of mouth is growing strong with each passing day. As a result, a majority of theaters screening Khakee reported housefuls on Sunday.

One of the major highlights of Khakee is the terrific action sequence involving the ‘Wolf technique fight’. The way stunt co-ordinator Dilip Subbarayan composed the fight where men smeared in oil and ash chase the other person stood out among the rest. Furthermore, the intense fight shot in between two buses is another special attraction in the movie.