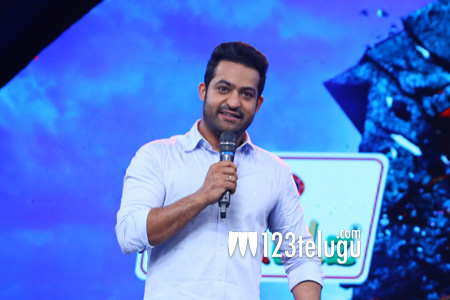 After a lot of promotion, the finals of the biggest dance based show in Telugu, Dhee10 was finally aired yesterday. What’s more special was that star hero, NTR came in as chief guest for the show.

The audience was eagerly waiting for his entry as the promos and stills created a superb buzz for the final. Speaking of the show, NTR was at his wittiest best and cracked a few jokes and had a whale of a time on the show.

He even danced a bit to his famous song Swing Zara and ended the season with a bang. Fans of NTR were happy to see NTR with a cool look and incredible energy levels on the show which is trending all over the social media.