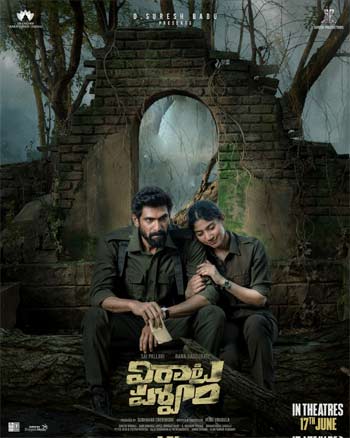 Virata Parvam is a film that was promoted a lot in the last few days or so. It was released with a good buzz and opened to a decent word of mouth.

But sadly, collections-wise, nothing much is happening for the film. Now that the weekdays have started, the film needs to stand its ground otherwise it would be very difficult for the makers.

The makers had good offers to release the film on OTT but they declined them and chose a theatrical release. Sai Pallavi and Rana play the main leads in this film which has been directed by Venu Udugula.