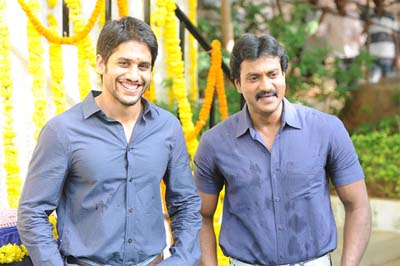 The principal shooting of Naga Chaitanya, Sunil starrer Thadaka has been wrapped up. Recently, a song was filmed on the film’s principal cast in Hyderabad and with this almost the entire film’s shooting has been completed except for some patch work. Currently, the film is in post production stage. Tamannaah is paired up with Naga Chaitanya whereas Andrea Jeremiah will be seen opposite Sunil. The film is the Telugu remake of Vettai which had Arya, Madhavan, Amala Paul and Sameera Reddy in lead roles. Kishore Kumar (Dolly), who had earlier made Koncham Ishtam Koncham Kashtam, has directed the film and Bellamkonda Suresh has produced it. Naga Chaitanya and Sunil will be seen as siblings and Sunil is playing the role of a police officer. The film is expected to hit the screens later this year.