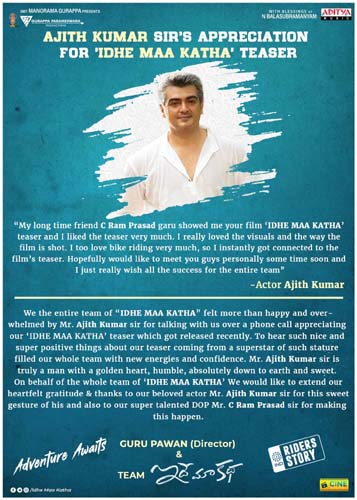 Ajith, who is a passionate biker himself, got connected to the teaser and was very impressed with it eventually. Ajith even called Idhe Maa Katha’s team and appreciated them on the nicely shot teaser and promised the team to personally meet them soon. Needless to say, the film’s team is overjoyed with the praise showered by Ajith.