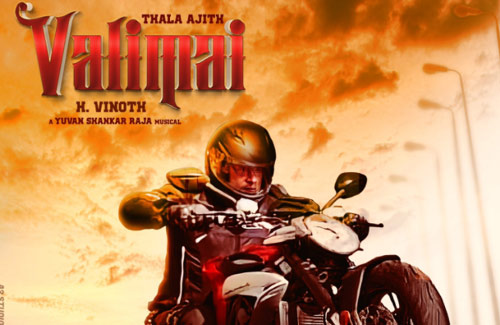 The highly-anticipated first look poster for Kollywood star Thala Ajith’s upcoming action thriller, Valimai, was scheduled to be launched on May 1st, on the occasion of actor’s 50th birthday. However, the film’s producer Boney Kapoor took to Twitter this evening and announced that the first look poster launch has been postponed indefinitely.

Boney said that the second wave of Coronavirus that’s spreading like tsunami has left millions of people face financial hardships and emotional trauma due to the loss of their family members and friends. The veteran Bollywood producer went on to say that the entire team has mutually decided to postpone the first look launch plans.