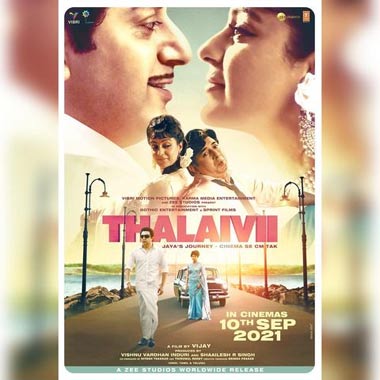 It is a known fact that Kangana is doing a film called Thalaivi. The film is done with the shoot and will release in multiple languages.

Meanwhile, the latest news is that the makers have decided to release the film on the 10th of September all over the world.

Kangana will be
seen in the role of Jayalalitha and there is o much pressure on her to deliver. AL Vijay directs this film which also has Arvind Swamy as MGR.