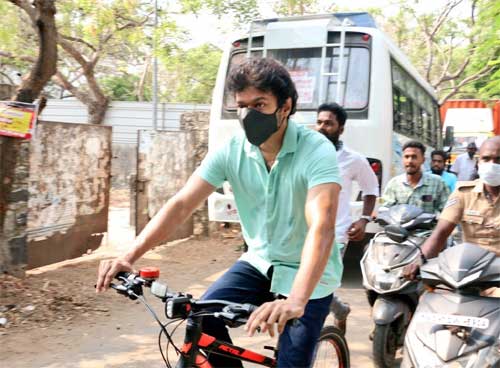 The voting for the Tamil Nadu elections has started in a big way today. The people of Tamil Nadu have started voting in big numbers and the film stars have also started to come in early.

But Thalapathy Vijay has made things interesting and has made a style statement. He came to cast his vote by riding a bicycle. He was followed by crowds who were cheering him through his way to the venue.

Vijay is one actor whose name has been dragged in politics but the actor has stayed away from it so far. But this act of his has surely made headlines today in Tamil Nadu. Kamal Haasan is also contesting elections this time.

#Vijay arrives in cycle to cast his vote #TamilNaduElections pic.twitter.com/iKY4bkIqA8