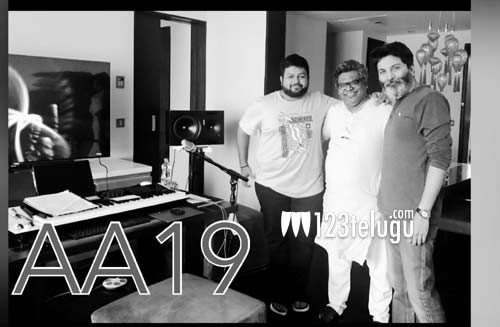 Recently, the makers of Allu Arjun-Trivikram film announced that the regular shooting will kick-start from April 24. Thaman, who had scored a solid soundtrack for Trivikram’s previous film, Aravindha Sametha, will also composed the music for AA19.

And, AA19’s music compositions have begun this evening. Legendary lyricist Sirivennela Seetharamashastry has joined hands with Thaman and Trivikram once again after ASVR. Fans can expect another successful album from this genius trio.